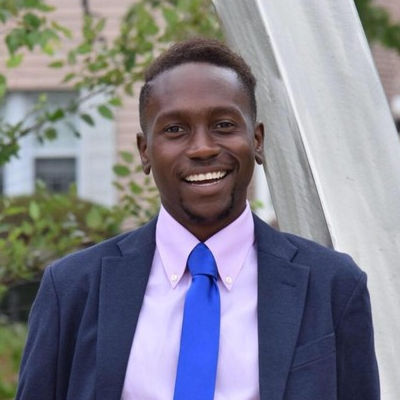 We are happy to announce new leadership at Many Languages One Voice: Mysiki X Valentine has accepted the position of Executive Director.

Mysiki is a proud millennial, and native Washingtonian, with a deep passion for empowering communities of color. As an equality advocate, he believes inclusive education, progressive policies and empathy are the roots to dismantling racism, in all its forms. He has previously worked with local communities to combat education, transportation, economic and racial inequalities through various forms of advocacy.

As a child, Mysiki's single mother, who battled homelessness twice, constantly reinforced the values of hard work, humility, and honesty to her son. Now, Mysiki aspires to be a positive role model for younger Black gay men and hopes to create more inclusive professional and personal spaces for the black LGBTQIA+ communities.

​Mysiki is a critical thinker and a deep listener who smiles in the face of adversity. His role models include Michelle Obama, James Baldwin, Nelson Mandela, and Elon Musk. In his spare time, Mysiki can be found jogging along the Anacostia River or advocating for his community in Ward 7.