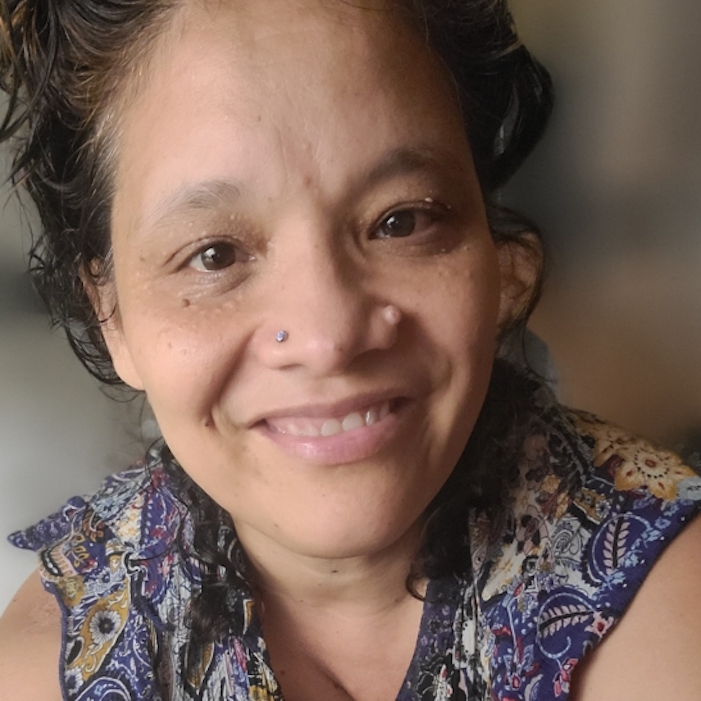 Megan was born in the Pilipinas in Lingayen, Pangasinan and migrated here with her family during the Marcos dictatorship. Megan brings 20 years of experience in Community Organizing to her current role as Organizer at Many Languages One Voice and has played many roles in social justice / social change organizations, from statewide coalition and base-building work as the Organizing Director of the Tennessee Immigrant and Refugee Rights Coalition, to door-to-door tenant and resident organizing, and worker center organizing across the country. Megan currently supports Vendors United/Vendedores Unidos, a worker-led collective. Deportation defense and building community capacity to resist raids and other terror tactics is close to her heart and lived experience, as Megan has family members who have won (and lost) deportation fights. In fact, Megan supported her 12-year old daughter, over 5 years ago, in a national campaign to stop her father’s. Her family won. She is passionately committed to true Sanctuary for everyone and dignity and respect for all workers.

Megan is a graduate for the Center for Third World Organizing (CTWO) Movement Apprenticeship Program. She had the honor of working as a brand-new organizer with Tenants and Workers United in their 1999 successful campaign for Living Wages in the City of Alexandria. She is still a dues-paying member and knocked on doors with their sister organization, New Virginia Majority, in that organization’s successful effort to flip Virginia in 2018-2019.

In her spare time, you can find Megan singing folk music from many traditions and in many languages, playing the piano, and making gluten-free treats.